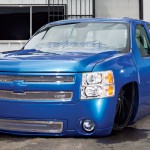 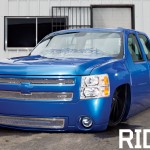 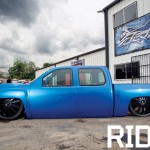 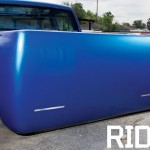 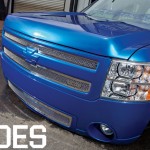 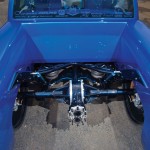 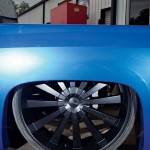 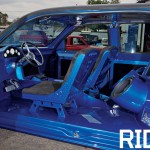 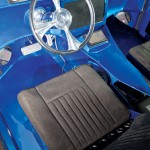 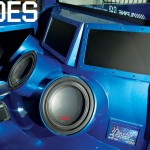 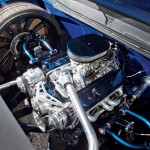 Texas has an intimate love affair with trucks that range from even the most subtle lowered import pickup on 15s to F-450s with 40-inch tires jacked sky high. They’re everywhere, and the modifications run from mild to wild. Tim Donelson, the proud owner of the bodied 2008 Silverado you see splayed out on these pages, isn’t new to the Texas truck game, and what he’ll leave behind is a mark of excellence.

“There was no real reason I needed one,” Tim admits. “It was just that years ago I was into helping everybody else out, and I wanted to do one of my own; I’ve been wanting to do it for a long time.” Tim, along with longtime friend Bill Carlton, owner of Ekstensive Metalworks LLC in Houston, began discussing how they would fully overhaul his (at the time white) Silverado into a truck that would decimate all would-be competitors.

After a full season’s worth of crowd-pleasing shows, it was time they stepped into the upper stratosphere of show worthiness. “It was five weeks before SEMA [2010], my truck was still white, and I just said, ‘Man, I think I’m gonna change my truck for SEMA,’” Tim explains. “Bill said, ‘Fuck it, we got five weeks.’” Not only did Tim spend five weeks at Ekstensive—with Bill literally handing him keys and 24-hour access to the apartment above the shop—but he also got his hands dirty. “I went out and bought a bunch of sheet metal, made the housing for the doors, went and bought pipe and made all the sheet metal,” Tim remembers. Working from dawn ’til dusk, the entire interior was fabricated out of sheet metal—sub box, center console, ceiling and floor—while also using the dash from a 1954 Ford pickup to further accentuate the wild all-metal look.

To get this behemoth to lay frame, Ekstensive used every method available to them and thought way outside the box. From using a Winters Championship Quick Change rear end (usually reserved for racing) to welding 2-by-4-inch frame rails to the inside of the bed for rigidity, everything is there for a reason but is also kept to a minimum to keep the clean appearance. The setup is as rigorous as they come and equally functioning.

With the interior and exterior sections getting seriously made over, the engine was taken with a more relaxed, ulterior motive. “We started looking at the wires and all that stuff, and I said, ‘Shit, I don’t want this’—I want to open the hood and say ‘Wow,’” Tim clarifies. “I wanted it super clean and simple.” The 383 stroker motor had been sitting in his garage as a result of a car show win for, funny enough, a bagged golf cart that he had entered 10 years prior.

With some of the competition lurking close behind, Tim remains unfazed by their attempts at similarity. “If they’re gonna rebuild their shit and come after me, then I’m gonna rebuild my shit and try to stay on top,” Tim exclaims. Too bad for them: In order to get high, you gotta get real low.