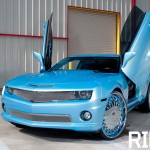 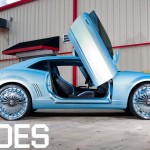 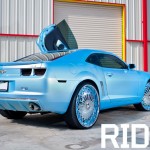 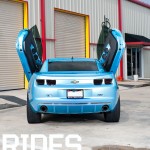 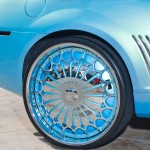 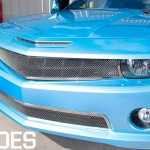 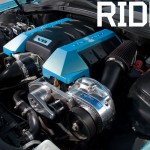 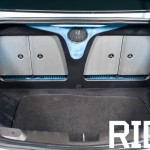 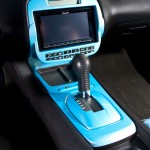 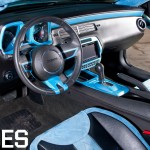 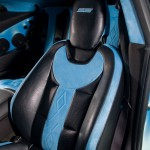 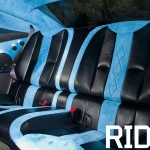 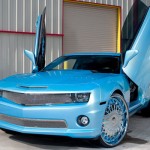 Myrtle Beach, South Carolina, resident “Bird” was not the first with a 2010 Camaro on 26s, 28s or 30s—but he quite possibly could have been. With the help and advice from those closest to him, Bird flipped his new ’Maro into something the likes of which has yet to be seen, especially in SS form.

Bird bought the Camaro in February 2010 with lofty ambitions and took it to the Sunshine State with only 300 miles on the dial to jump-start his plans. “My homeboy Travis took me to [Glenn at G&G Auto Salon] in Jacksonville, Florida, and he told me, ‘When they get through, RIDES magazine is gonna be lookin’ for you.’ I was like, ‘Say no more,’” explains Bird. Taking inspiration from Travis’s Cadillac, Bird decided on the Outrageous Bondi Beach hue to adorn his modern muscle car. “I was the first with that color on a Camaro, for sure,” Bird announces. “I wanted it to look like a shark comin’ down the street, and that color does it!” Another visual addendum was the vertical Lambo doors, seldom seen on a fifth-gen Camaro. “I have never put Lambos on any of my cars,” says Bird. “I actually saw them on a ’Vette, and they were sick, so I had to get ’em.”

On the inside, nothing went untouched, from the carpet to the headliner, with Glenn reworking every panel with paint, suede or leather. The JL Audio sound system is carefully positioned in the interior for unparalleled aural clarity. “We went with all JL and two 10s,” says Bird. “I didn’t want all that boom, boom, boom—I just wanted something really clear.”

The only hiccup in the build was the shoe selection. Arguably the first with big rims on a supercharged SS, Bird at times partially regrets his 26-inch decision. “I was gonna do 30s, but Glenn, Travis and my ol’ lady talked me out of it,” he explains. “I was supposed to be the first on 30s, too, a while ago. Glenn told me he didn’t even wanna do the car if I was gonna put 30s on it.” Bird went with a set of 26-inch DUB Kingster Spinners, and as to why, he adds, “I did the spinners just to stunt, plain and simple.”

With phase one complete, Bird feels his beach-worthy Bowtie is on top of the game. And just in case there is any question, he has already moved on to the second phase: His ride is currently under heavy construction in Glenn’s lab. As far as his competition, Bird is far from afraid. “A V6 is not even in my category— I don’t see none of ’em,” he states emphatically. “I’m the Camaro killer!” He continues, “I’m about to hit a bunch of car shows this year too. I wanna see that green Camaro and that girl [who was first on 28s] at the same spot and see what everybody thinks!”