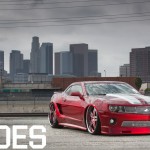 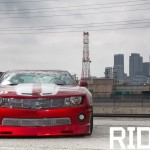 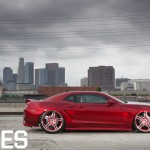 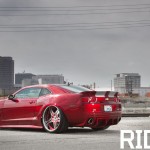 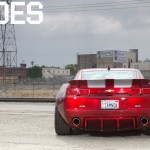 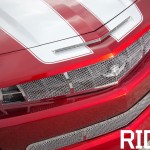 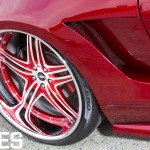 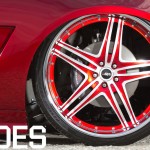 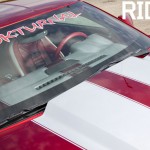 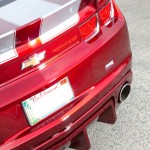 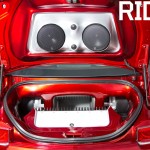 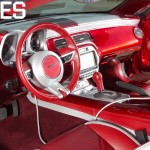 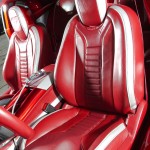 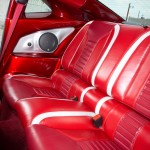 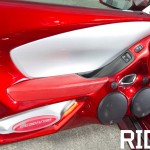 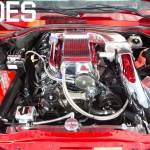 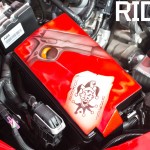 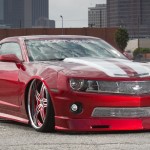 Far too often, show cars are dismissed as company display vehicles—D-boy’s stunters or rich men’s play toys. Contrary to these beliefs, show-stopping rides are being built by hard-working, genuine car buffs. South Los Angeles resident and automotive repair shop manager Chito Pacheco is the personification of a true custom car trailblazer, and his marvelous ‘Maro is a testament to that.

The process began for Chito in early 2009 on the dealership floor, where, during negotiations, Chito’s mind was less focused on the MSRP and more on the blueprint for his customization. “The salesman thought I was crazy when I told him what I was going to do,” says Chito. “He was telling me I needed to pay $5K over sticker because of the demand, and I was telling him I didn’t care, that I was going to wide-body and candy paint it.”

After two months of seat time, Chito took his recent acquisition to 18-year-old Marty Lopez at Trends Custom Painting in Bakersfield, California. Though still in high school, Marty would fabricate the widebody after class for the next five months. “I was apprehensive at first,” explains Chito. “But after I saw some of his work, I decided to give him a chance.” Going against Chito’s original aspirations of taking the width to the extreme Marty broadened the front two inches and the rear three inches to complement the Camaro’s factory body lines, as opposed to making a new shape. “This is not a kit,” explains Chito. “For some reason, people think they make widebody kits like body kits, but they don’t; this was all metal fabrication, no Bondo!”

Once the body was to the requested proportions, the muscular ‘Maro remained out of commission for the next three months for the audio and interior transformation via Audio Factory in La Puenta, California, and California Auto Upholstery in Garden Grove, respectively. With the guts now proper, back to Trends Custom painting it went for a fresh House of Kolor candy coat in addition to the final exterior elements, such as the Dresden grille and the IVS Havoc Full Aero body kit.

As Chito can attest, when building a showstopper, you mustn’t neglect a single aspect, especially the powertrain. And even though his Chevy is an SS, it simply fell short. “I knew when I was sitting in the dealership that I was going to supercharge it,” he says. “I just wasn’t sure which one I was going to go with.” Chito continues, “Most people have the Vortec or the Mahna Charger, but I had to be different. Once I saw the Kenne Bell, I fell in love.”

While Chito’s Camaro seems to be running the table in virtually every category, he’s far from done with it. “A veteran of the show circuit knows you’ve got to keep improving the car. I’ll probably do more performance upgrades and change the paint up a l’il bit.” He says, “You can’t just have money; you’ve got to have a vision, creativity, a good team and good shops to get to this level.”