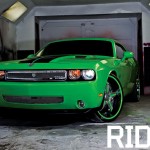 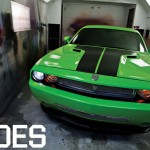 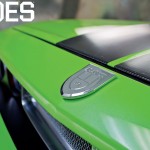 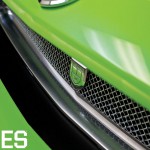 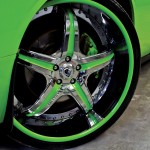 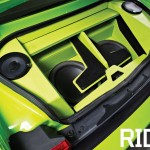 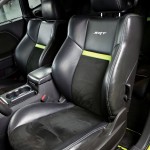 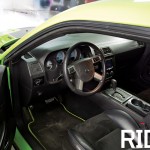 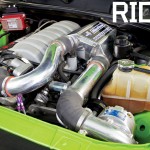 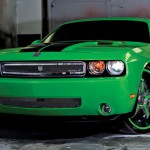 The sprint to reveal a custom car to the streets always weighs heavy during a build. In this case, it was more of a hurry-up-and-wait situation. Almost three years ago, Kent’s Automotive Repair in Waycross, Georgia, was given an arduous assignment: Create the meanest, greenest Challenger in the region and complete it in less than a month.

At the time, a stock SRT8 Challenger on basic 24s would have been turning plenty of heads, especially with limited availability and the fact that the Camaro was a couple of years away from greeting the general public. But Kent’s customer stayed on par with most in a position of power and demanded to take it 10 steps beyond the average head-turner. Another request was that Kent and his team make the car borderline NASCAR-spec—as if the stock 425hp weren’t enough.

Tackling the powertrain first, a Vortech supercharger system was bolted on. The Vortech V-3 Si-Trim gear-driven centrifugal supercharger is a modern marvel in itself, bumping up the 6.1-liter HEMI’s power to an astounding 560hp. In addition to the blower upgrade, a ZEX 150-shot Wet & Dry Nitrous System was added to the equation, just in case any roaming Challenger wants to challenge the title. Once Kent felt like the well-endowed Dodge could hold its own on the street and the strip, the exterior was prepped for an exotic makeover.

Kent sprayed a custom mix of Lamborghini Green with an Outrageous Emerald Pearl coating to give it a memorable aesthetic. The decision was made to go with 24s instead
of anything bigger—not only because they were more than acceptable, but because the time constraints simply did not allow for it. “We were only given one month on the build,” explains Kent. “So there just wasn’t time to do the necessary modifications needed to properly fit 26s.” He chose a set of staggered 24-inch Asantis with a unique bowed face for a ridiculous 9.5-inch lip up front and a 12-inch lip out back. An Asanti Luxury Grille Kit was also included at the customer’s request.

With Kent’s squad working around the clock to meet the patron’s timely stipulations, the car was completed as promised—yet that’s where the story takes an unexpected turn. After all the hustle and bustle, the timetable was swiftly removed, and the Challenger, with more than $50K in upgrades, became an oversize paperweight for more than two years. “It’s just been sitting here since we finished it,” says Kent. “No one on the streets has seen it, and it’s never been to a car show.” But now that the world has caught a glimpse of this primo purebred, Kent plans on giving it more shine. “We’re honestly looking for an opponent at this point,” exclaims Kent. “I’ve seen some custom Challengers, but nothing this complete that’s touching every base.