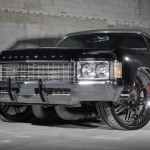 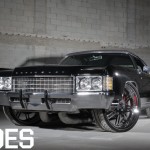 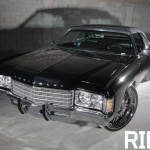 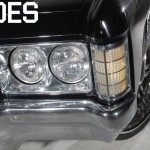 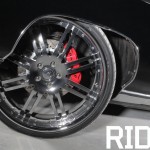 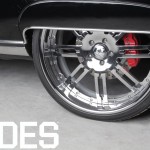 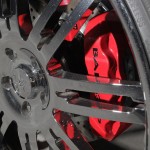 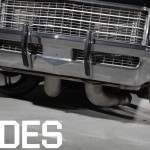 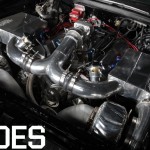 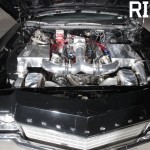 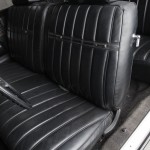 Sometimes the same old thing doesn’t cut it. Plenty of cats are content with the traditional format for a Donk: an ill lick of paint, outlandish wheels (in both size and price) and a system that’ll shake stop signs. Fortunately, though, there are extremists like Jose Alfonso in the scene—dudes who want to do things just a little bit crazy and break the mold.

“People down here [in Miami] do plenty of Donks, but nobody has a twin-turbo big block under their hood,” says Jose. “That’s why I did it. I wanted more go than show.” With a dyno-proven 1,600 horsepower, this ’71 Impala is a straight-up badass black beauty. Ernesto from E & M Auto Service of Miami is the man responsible for the glistening twin-turbo 468-cubic-inch muscle nestled neatly under the bonnet of this beast. “We build a lot of turbo street cars,” Ernesto explains, “and we’ll probably get kicked off the track with this one, but we’re used to that,” he laughs.

This ’71 isn’t made for the drag strip, though. It’s built for burnouts and has one purpose: scaring helpless pedestrians, which it does extremely well. But even better, it’s a lesson in simplicity; Jose’s ride somehow manages to stand out in a sea of candy paint and 30s. He’s in the game to show you that the path less traveled isn’t always the wrong one, and if you’ve got 80 Gs to blow, you can light up the streets in an entirely different manner.