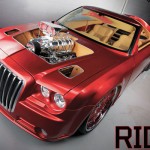 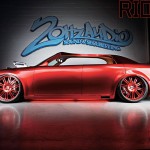 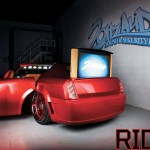 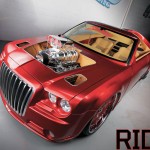 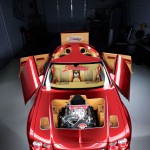 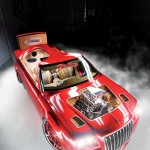 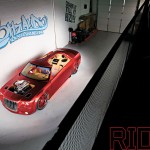 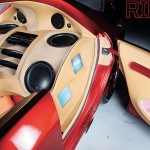 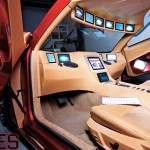 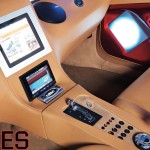 “Crazy” may be the most abused word in the English language. Coined as a synonym for madness (as in serious mental illness), the term has devolved into a modifier for everything from drinking straws to string that shoots out of an aerosol can. For all intents and purposes, it’s become practically meaningless. That is unless you travel north of the border to Ontario’s 20HZ Audio; shop owner Frankie Valenti has the noun-slash-adjective inked on his forearm, and it’s a tattoo you’d be hard-pressed to call him on. With the help of his talented crew, Valenti has turned the 300C tuning game on end—to a degree that you may never see grace these pages again. You want to point fingers? Blame Canada.

Tapped by client Kirk Bhagan to build his 2006 SRT8 into the ultimate showstopper, Valenti and crew are no strangers to building unheard-of creations, quite befitting of the 20HZ name. “I became fascinated with the whole 20 Hz frequency thing when I was just building for myself and friends,” he explains. “It’s like the lowest point of the hearing spectrum—not everyone can even hear it.” Bhagan, on the other hand, wasn’t trying to hear anything if it wasn’t his name announced for a first-place trophy. “All I wanted was to just keep winning,” he admits. “That’s why I went to Frankie.

Valenti, who quickly got to work on the low-kilometer Chrysler, began the project with an almost complete disassembly of the vehicle. While early attention focused on the 300C’s custom headlights, grille and shaved bumper lines, the lion’s share of bodywork hours went into making the car’s unique T-top roof a structurally sound reality. “That thing that looks like a big thong on the top of the car,” Valenti says with a laugh, “that’s where the real work began.” With a mental picture of the finished product, the mix-up master fabricated a roll cage within the car’s skin, giving it the necessary rigidity to go practically topless. But with innovation came further challenges. “Once we finished the roof, we decided to butterfly the front doors and suicide the rears,” explains Valenti. “But when the rears peeled back, I didn’t like how it left the half-channel of the B-pillar there. So we cut that out and molded it to the rear doors as well.” With doors open and profile positioning, onlookers get a completely unobstructed view through the car; though in doing so, you’d be overlooking even more insanity.

Step inside Bhagan’s beast and you might think you’re checking out the latest auto-show concept car. Yeah, there are TVs and assorted A/V equipment everywhere, but the real wows come from what’s missing: a steering wheel. “I ran a gear-driven system, similar to a bicycle, under the dash,” states Valenti. “It goes to a dial in the center console that, when turned two degrees in either direction, controls the steering. It would probably be a big headache if [we] got pulled over, but it’s completely functional.”

Completely shutting down any show he rolls into, Bhagan still doesn’t consider the car done. “Chroming the undercarriage is next!” he says enthusiastically. “That, and we’re going to attempt to make the steering remote-controlled via Bluetooth and an iPad.” Finally, someone’s bringing crazy back.

As seen in the December/January issue of RIDES Magazine!