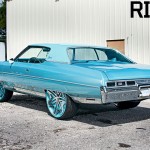 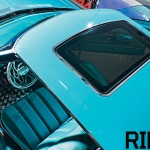 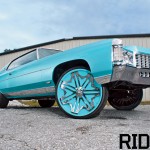 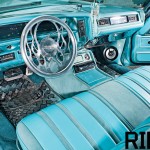 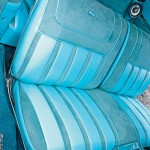 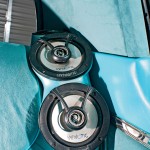 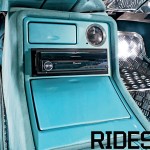 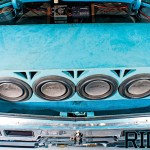 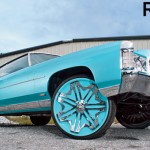 Spinning wheels and shimmering paint are seldom associated with elegance or originality—probably since most of their manifestations leave anything but a classy taste in your mouth. Three years ago, “Cmore Stacks” of Atlanta, Georgia (Scottdale, if you’re being specific), set out to tackle the troublesome task of injecting some flavor into the ATL Donk scene—all while keeping things classy and elegant.

When initially procured, Stacks’ decaying Donk showed little value, unless you’re talking scrap yard loot. “When I got the car, it looked like it had been in a lake,” he explains. But Stacks forgave the corroded condition, knowing he had someone in his corner that could flawlessly manage its restoration: his cousin Maurice, from New Old Schools of Lithonia, Georgia. Maurice, to whom Stacks directs all the props, made sure the entire project was done to his blood’s standards. “I have to give him all the credit. He treated it like it was his,” says Stacks. “It might as well be his car.”

Maurice disassembled the Donk down to its naked body, taking it to the metal while saving everything for refurbishment. “I wanted to keep everything original on the car,” he says. “I just chose to use custom colors.” Insistent on maintaining exclusive direction over the build, the majority of the project was executed by Maurice. “Once you have creative control of your own shit, it’s gonna turn out the way you want,” he explains. When it came time to dip the metal canvas in a flattering hue, Stacks’ motivation came from an econobox, of all things. “I was in the parking lot at Walmart on a rainy day, and I caught a glimpse of a particular color,” he remarks. “It was a Chevy Aveo, and it was so full of color, it made all the other cars in the parking lot look colorless.” In addition to its visual stimuli, Stacks enjoys the fact that not only is the lick a GM shade, it’s less maintenance than a custom tone. “If you ever scratch candy or Outrageous, you have to repaint the entire car to fix it properly,” he remarks. “But with a GM factory color, it can get fixed a lot easier.”

The final complement to any Donk, of course, is its footwear—and Stacks knew he had to lace it up right. Opting for something never seen in the ATL, he copped a set of 26-inch Davin Pearl spinners and painted them to match. Breaking down his logic, Stacks candidly states, “I was originally going to do Forgiatos, but I chose to slide instead.” As for why Davins over the ever-popular DUBs, he inquired, “Do you wanna be Jordan or Pippen? Davins were the first spinners out, and I’m not downing DUB, but there’s something about Davin that’s just classier—especially on a Donk.”

After completion, the proof is unmistakable that all the time, money and hard work has paid off in the form of car-show appreciation and nonstop boulevard nods. “Every time I come out, there’s a traffic jam,” says Stacks. “I’m the people’s champ—I just want to show my city how to do an old-school the right way.”